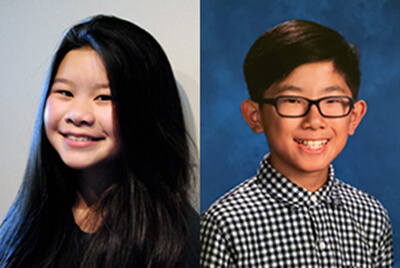 Congratulations to rising MPA ninth graders Gigi and Bryan! The two students were named the NASA Scientist For A Day 2019-20 Winners for Grades 7-8 on the topic of Miranda.

“Humans are driven to explore. To question. To wonder. Wishing to further our understanding of the universe beyond Earth. So that someday, the impossible might just become possible,” Gigi and Bryan wrote in their final submission. “Miranda, the fifth largest moon of Uranus. Some would refer to it as the Frankenstein moon. Many speculations have been made about how the moon came to be. But we don’t truly know for sure. With a variety of textures, grooves, craters, and fractures coating its surface, you cannot help but ask, ‘How were those created? Would it be the same on the other side of Miranda? Or would it be different?’ We won’t know unless we look deeper. This unusual discovery is something worth learning more about.” Read the rest of their report on NASA’s website here!