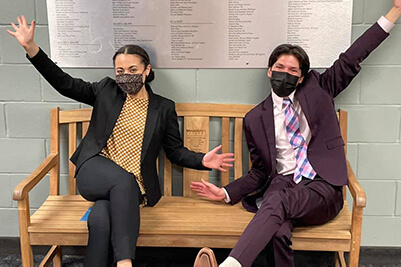 Mounds Park Academy competed at the NIETOC National Tournament this past weekend. The team finished ranked 14th in the nation!

Salmah won the final round as the first MPA student to ever win a National Final Round. Because the tournament is cumulative, all of her scores combined placed her fourth overall.

Congratulations to the entire team!