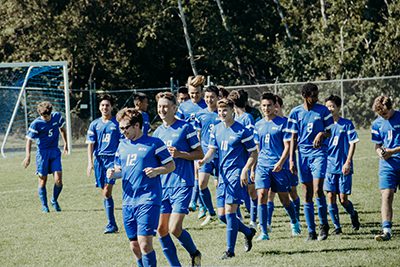 Reflecting on the season, Coach Johnson noted, “We are a young team with talented players, led by captains Luke Zscheile, Nathan Harvanko, and Jerusalem Thao. The season started off rough, with the team playing a couple of top teams in the state. Despite the losses, we maintained a positive mind set and a never quit attitude.”

Next year’s varsity captains will be Luke Zscheile, Callum Jones, and Dhruv Muppidi. Congratulations on your excellent season, Panthers!