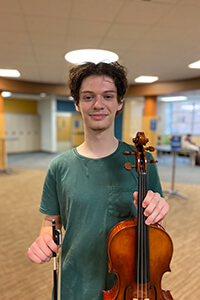 Music, particularly singing, has provided me with an opportunity to grow and learn. I attended Minnesota Waldorf School through 8th grade, and music is a significant component of Waldorf education. I learned to play the pentatonic flute in first grade, the C flute in second grade, the viola in third and the Alto recorder in fifth grade. Singing was an everyday activity in elementary school but I didn’t really enjoy it until my freshman year of high school at MPA.

When I made the switch to MPA, music was one of a activities that felt most familiar and comfortable to me, so I decided I would take varsity choir. At the end of my freshman year, my family encouraged me to audition for Madrigal Singers, MPA’s most select singing group. Getting in to Madrigal Singers ignited my love for singing and gave me the opportunity to express myself. Since that point, I have been in Concert Choir and Madrigal Singers for the last three school years, and I have auditioned for, and been accepted to the MMEA All-State Honor Choir the last two years. Singing provides me with an opportunity to confidently express my emotions in a way no other activity has been able to do. I am able to channel my feelings into music through my voice. This has made it much easier for me to open up to those around me and establish close relationships with classmates, and even with students from other schools, who I have met through our shared love of music. END_OF_DOCUMENT_TOKEN_TO_BE_REPLACED 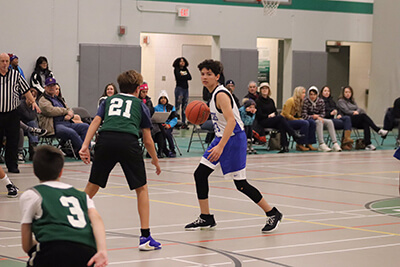 What do you love about MPA?
I love the friends that I have here at MPA. I also love how unique of a learning environment we have here. I talk to friends who go to other schools and they all seem kind of the same, MPA is really unique. 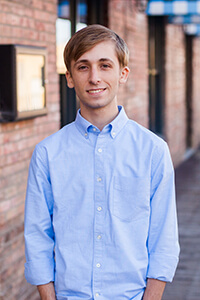 I am looking out the window of a school bus while riding home from preschool. As I look at the houses going by, I am imagining dinosaurs running along the sidewalk and jumping clear over the traffic coming the other way. These dinosaurs were coming in all shapes and sizes. Some were round, some were blue, and some had multiple heads. Some could fly, and some couldn’t even walk. This is from one of my earliest memories, from a time when my family lived near Philadelphia. At a young age, my imagination was never ending.

On another drive to see family in Pittsburgh, the dinosaurs returned. Throughout the drive, I saw an orange Tyrannosaurus running through the countryside. It would fall in ditches, crash into hills, and bounce off cars. My imagination ran wild like this T. Rex on the Pennsylvania turnpike.

My imagination defined me early in my life. Not only did it play a large role in my daily activities, but also formed the basis of my character as I grew up, and helped me adapt to the life changes that came as I got older. END_OF_DOCUMENT_TOKEN_TO_BE_REPLACED 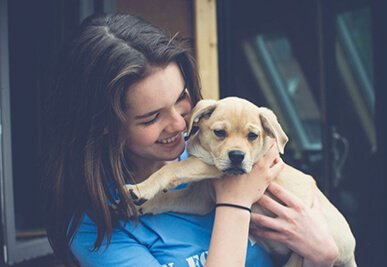 How many years have you been a student at MPA?
I started at MPA in the fall of my ninth grade year, so I have been here for a year and a half.

What do you love about MPA?
I love so many things, but two really stick out. The first is the community, and the second is how my teachers push me to be the best I can be.

Why do you believe your teachers teach the way they do?
The moment I walked into MPA, I immediately saw that my teachers knew what they are doing. They have so many amazing stories and it’s clear that their teaching style is based on all of their many years of experience. END_OF_DOCUMENT_TOKEN_TO_BE_REPLACED 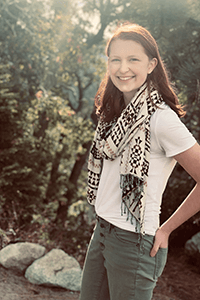 What do you love about MPA?
MPA allows me to be who I am and doesn’t judge me for it. MPA isn’t in the business of choosing what they like best about me or molding me to “society’s expectations.” They encourage me to do what I like best and help me with whatever I may need to be successful.

How are you encouraged to dream big and do right at MPA?
Just having a judgement-free zone helps me dream big and do right. MPA wants to help me, not shape me into what they think I am meant to be. When I shared that I loved art and being creative, I was introduced and shown many opportunities on campus including classes, plays, studios, events, and galleries.

Why do you believe your teachers teach the way they do?
Mounds Park Academy teachers want the best for me. They don’t give up on me and always are looking out for me. Their challenges only help me to grow, rather than trying to knock me down. END_OF_DOCUMENT_TOKEN_TO_BE_REPLACED 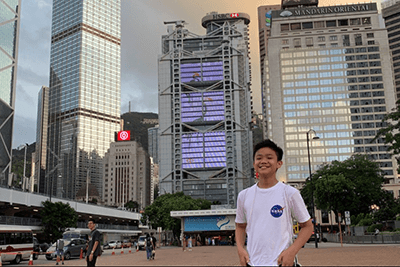 Justin Choi ’23 and his family relocated to MPA from Hong Kong. He began at MPA in ninth grade in the fall of 2019.

What do you love about MPA?
I love the support I have received from absolutely everyone here.

How are you encouraged to dream big and do right at MPA?
I have a choice and a voice in what I do. There’s a large variety of electives, sports and clubs and I have chosen to get involved in a lot.

Why do you believe your teachers teach the way they do?
Teachers teach in this way because they want me to succeed. They are helping me to find something that I truly love doing. END_OF_DOCUMENT_TOKEN_TO_BE_REPLACED 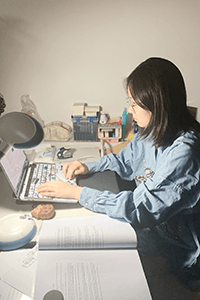 Between visa issues, parent concerns, and travel challenges, COVID-19 has presented many obstacles for MPA’s international students. In fact, two students from China, 12th grader RuoHan (Kitty) Li and 9th grader Xinyuan (Ella) Li (no relation) have had to stay at home this semester and attend virtually from thousands of miles away. In a testament to their commitment to remaining a part of the community, Kitty and Ella have rearranged their schedules to accommodate the time differences. Hear how they are making this tremendous sacrifice in order to continue their educations at MPA.

What does your daily schedule look like? What time are MPA’s classes for you? Has your sleep and meal schedule changed?

Kitty: Right now, my daily schedule is class from 9:00pm to 2:30am since I do not have 6th block this quarter. However, next quarter, I will have class from 9:00pm to 4:00am since I have Physics. I have been sleeping from 3am to 12pm recently. My meal schedule has not changed too much, but I have reduced it from three meals to two meals since I have not been eating a lot for breakfast. END_OF_DOCUMENT_TOKEN_TO_BE_REPLACED 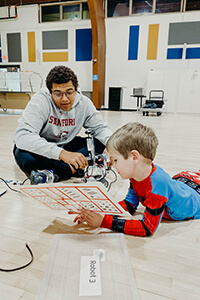 How many years have you been a student at MPA?
I came to MPA in the fall of 2019 as a ninth grader.

What do you love about MPA?
I love the diversity and the classes. The teachers are so kind and supportive and truly want you to grow toward your goals and will help guide you there. I love the community and that as a tenth grader, I have the chance to be with Lower School kids or work with Middle Schoolers as they make their way toward the Upper School.

How are you encouraged to dream big and do right at MPA?
My math teachers encouraged me to pursue my goal of jumping ahead into accelerated math. And this past summer, I finally achieved that. What started as a big dream developed into a possible goal that is now a reality. This would not have been possible if it weren’t for the support of the teachers at MPA who encouraged me to reach this goal. Not only do I now feel more confident to reach my own goals, but I am encouraged to do right by helping others reach their goals as well. END_OF_DOCUMENT_TOKEN_TO_BE_REPLACED 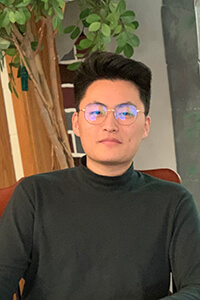 In what grade did you come to MPA?

How did you come to choose the college that you did?

I chose Purdue University based off its excellent options for majors and areas of study.

What are you most excited about as you embark on your college experience?

I am excited about taking some challenging courses and learning new things. END_OF_DOCUMENT_TOKEN_TO_BE_REPLACED 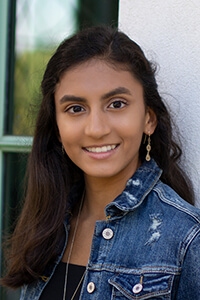 In what grade did you come to MPA?

I came to MPA in 9th grade.

How did you come to choose the college that you did?

I thought I didn’t really know what I wanted in a college, and that’s why I decided the day before the deadline. But when I chose Grinnell, I knew it was the right choice. I chose Grinnell College because I knew I wanted a small school. MPA has a really small community that I love, and I knew I wanted to have a similar experience in college. Grinnell is also far enough away to really feel like I’m leaving, but it is still fairly close to home.

What are you most excited about as you embark on your college experience?

I’m excited to begin this new part of my life, learn new things, and meet new people. I’m also excited to follow my passions and see where they take me, and I’m especially excited to be more independent. END_OF_DOCUMENT_TOKEN_TO_BE_REPLACED