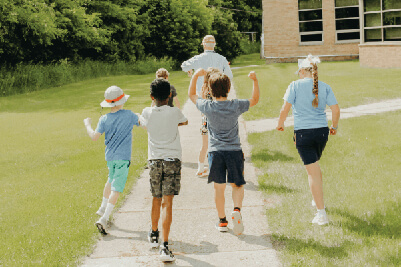 We are pleased to be offering an expanded summer program with a larger choice of academic programs, enrichment classes, athletic clinics, full and half day Panther Camp, and much more for students of all ages! As always, our goal is to provide our participants with the highest quality program in the context of a safe and healthy environment.

Register at moundsparkacademy.org/summer. All Lower School classes and camps are currently open for registration. More Middle and Upper School options will be added in the coming days.

If you have any questions, please contact Russ Purdy, extended day program coordinator, at 651-748-5571 or rpurdy@moundsparkacademy.org.

Get Your Panther Gear During The Spirit Store Sale! 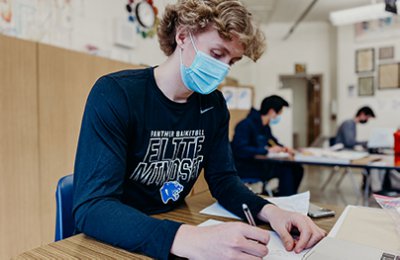 Get all of your Panther gear for the upcoming spring athletics season at the next Spirit Store flash sale! This Valentine’s Day-themed sale will start on Friday, February 5 and end on Saturday, February 6 at 11:59 PM EST.

Use the promo code VDAY21 at checkout. This sale offer is 20% off everything in the online store, no minimum order required! As always, items are customizable and come in a variety of sizes and MPA colors. Click here to shop the sale. 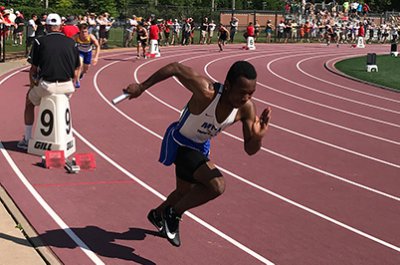 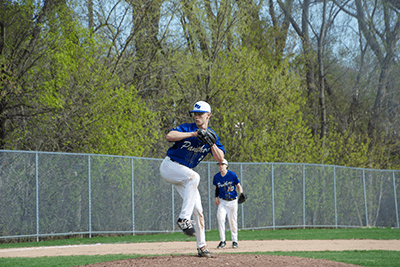 Playing one of America’s greatest pastimes has been one of the greatest privileges of my life. When I was younger, baseball was always the most fun and something I’d look forward to in the summer. Being an athletic kid, it came particularly easy to me. I was fast, I could also hit the ball pretty well, and I was exceptional at catching and throwing. On top of that, I’m a lefty, among the most desired traits in baseball players. As I continued to progress through youth baseball, my team won a lot of games and tournaments. We had a great coaching staff that was knowledgeable and brought tremendous energy. They really wanted us to succeed. However, when high school came along, and the pressures of the recruiting environment began to ramp up, my relationship with baseball began to change.

Being noticed as a high level baseball player in Minnesota was great, it felt affirming to be one of the best. However, it sometimes made me complacent. That complacency was, at times, detrimental to my game because it made me too comfortable. It was easy to do things that came naturally to me, and they fulfilled me in the short-term, but looking back, I realized I did not accomplish much in those comfortable times. END_OF_DOCUMENT_TOKEN_TO_BE_REPLACED 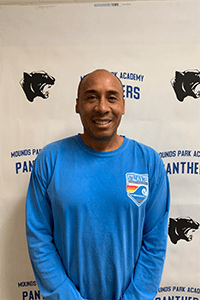 What was your playing career like?
I played four years in high school in Oklahoma and was the starting point guard my senior year. I then played point guard at Southwestern College, an NAIA school in Winfield, Kansas, graduating in 1996.

What coaching experience do you bring to MPA?
After finishing my college career, I stayed on for one year as a student assistant. Since, I have coached a variety of different levels of basketball and many schools. Some highlights include coaching the freshman boys team at Southeast High School in Wichita, coaching JV boys and then Varsity boys at the American School of Doha in Qatar (we went undefeated in 2011), assistant coaching girls Varsity and then boys Varsity at American School in London, coaching Middle School and High School boys at the International Schools Groups in Saudi Arabia (we went 21-4 record and won the conference championship during the 2018-19 season), and coaching girls JV here at MPA. The girls at MPA taught me compassion and commitment and I will never forget that.

What is it about MPA that makes it a great place to coach?
The kids! MPA has such wonderful students who want to succeed. Also, the faculty and staff has been very supportive. END_OF_DOCUMENT_TOKEN_TO_BE_REPLACED 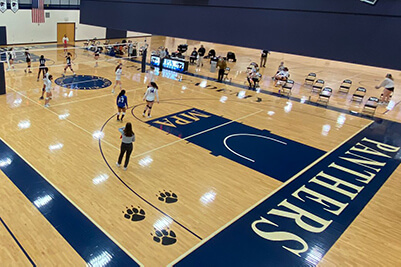 If you have any questions, please reach out to Dan Haase, athletic director, via email.

These training and playing sessions will be supervised by the coaches of these programs. All of these programs will be held after school from 3:30-4:45 PM. Health screenings will occur prior to participation. Masks must be worn during these training sessions. Please bring a water bottle with your name on it. All student pick-ups should be made from Door #7 of the Lansing Sports Center. Click here to register for these opportunities.

Middle School Swimming
The Mounds Park Academy athletic department has made the difficult decision to suspend club swimming for students in grades K-8 for the 2020-2021 season. Health and safety concerns around COVID-19, lack of available pool time due to density control, and transportation issues have prompted this difficult decision. We look forward to welcoming our young swimming Panthers back to the pool in the 2021-22 school year!

If you have questions, please contact the MPA Athletic Director, Dan Haase via email at dhaase@moundsparkacademy.org.

While the MSHSL did not hold a state meet this year due to COVID, some retired cross country coaches organized the TCRC XC Showcase to give the top cross country runners from around the state a chance to compete against each other. Our own Isak was invited to participate, based on his section meet result.

Isak finished 8th in his pod of individual qualifiers not running with their teams, and he finished 18th overall in the merged results. His time of 17:13.8 was his second best time this season, behind only his section finish.

You can see complete merged results for the boys small class at Wayzata Results.

This was a section meet in two acts.

Our girls ran in the morning, enjoying crisp autumn weather but also dealing with blustery winds. Margo ran with the 2nd Breck runner for most of the race, sprinting past her over the last part of the race. She finished 9th overall. Cara ran with another Breck runner for much of the way, but she also kicked hard to finish ahead of her competition. Izzy, running her last high school cross country race, ran one of her best races of the season, finishing strong. And she had to because Teagan was just a few seconds behind her, earning a personal best time. Abigail ran close to her personal best time, set on a flat course at Blake. Sophia, running on legs that were feeling much better after a week of rest, improved her best time on this course from last year.

The girls team, which had been seeded 8th, improved on that, finishing in 7th place in the merged results.

Our boys team ran in the afternoon, enjoying slightly warmer temperatures, but also dealing with the same strong winds. Isak ran with the top Holy Family runner, staying with him until the last hill, when he moved ahead. He finished with a strong kick to win our pod. He finished 3rd overall. Ben moved up steadily the second half of the race, finishing with a good surge to improve his personal best time. Peter, running in his final high school cross country race, started pretty fast, and hung on for his best time of the season. Not bad for someone who broke his ankle in June! Evan started out with Ben, but had some trouble, hanging on to finish as our 4th runner. Trevor ran close to his personal best time and finished well. Eddie also finished well, improving on his best time on this course from last year. Liam also had some trouble during the race, but hung on to close things out for the boys.

The boys team, which had also been seeded 8th, finished in 6th place in the merged results.

Since there is no state meet this year, this section meet marks the end of our season. Thanks to your ability to adapt to many new ways of doing things, your willingness to take responsibility for your own training when you were not on campus, and all your hard work over the summer and during our season, you ran some excellent races today. Congratulations on completing a memorable season!

Results for the girls and boys races can be found at Gopher State Events.

And if you’ve never seen our girls do their pre-race routine, check out this video:

On a beautiful fall afternoon, our non-varsity runners had one last chance to test themselves in a 2400 meter time trial.

Ryan wrapped things up for our non-varsity runners.

Almost everyone who had run over this course during the virtual meet a month ago improved on that time. Some of you improved a lot. This is a credit to the work you’ve put in over the course of the season. This ends your season for this year. But hopefully you can make more progress in future seasons!

You can see the results of the non-varsity time trial here.