Moving To Collaboration Over Competition 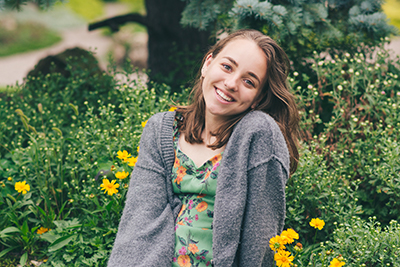 As many of you know, I have only been a member of the MPA community since the beginning of eleventh grade. Before moving to Minnesota, I lived in China. Growing up in Beijing during the Chinese economic boom was a very unique and an eye-opening experience. I watched the entire city develop and grow in front of my eyes. I watched the roads outside my apartment shift overnight from dirt to asphalt, and the vehicles on them evolve from bikes to cars.

The city began to quickly fill with people from many provinces across China. Beijing became a domestic web of people from all corners of the country. Between 1990 and 2015, Beijing’s population doubled, reaching a staggering 20 million people in 2015. At my school in Beijing, there was no such thing as a student on financial aid or scholarship, and because of that, I was surrounded by people who were privileged and had opportunity. School became a competition of who had the nicest clothes or who went to the coolest places for vacation. I started to judge my self-worth on what I had compared to my peers, and not the amazing opportunities I was already provided with. School became a toxic environment where every aspect became a comparison.

Then, in tenth grade, my family learned that we were moving to the United States. At first it didn’t seem like reality, there was no way that my entire family would leave behind everything they knew. I had never lived outside of Beijing and it was my home for the better and the worse.

Before moving, I toured two schools in the Twin Cities, and to be completely honest, at the time, I didn’t see much of a difference between the two. I ended up choosing MPA—which was, by far, the best decision I could have ever made.

Within my first weeks here at MPA, I was exposed to a learning environment where people were supporting each other instead of competing with each other. Through discussions with my friends, I have learned more about the world and its political issues in just a year than I had in the first 16 years of my life. I have started to grow much more fascinated by different issues across the world and how different governments and corporations try to solve them.

One day in my MSON (Malone Schools Online Network) Chinese class, we were talking about cultural differences between China and the US. My mind instantly raced back to a moment from my childhood where I was stopped by a complete stranger asking for a photo. When my siblings and I were younger, it seemed like everywhere we went we would be stopped by people asking for a photograph. They would often comment on how pretty we were, with our blonde hair and blue eyes, and how lucky our parents were to have three children. When I was probably five or six, my family and I went on a trip to The Great Wall. While we were hiking, I was stopped by a lady who asked if I would take a photo with her daughter. I didn’t want to seem rude, so I said yes. There I was with a total stranger holding me, a small child, standing only feet away from a rocky cliff face.

I asked my Chinese teacher what the reasoning behind these encounters where. She said it was probably because my family’s physical appearance evoked a representation of freedom. Because I had a privilege and a security that many in China didn’t have access to. That conversation really made me think about how much I take my freedom and the opportunities I have been given for granted. At MPA, I have started to voice my own opinions more and challenge the viewpoints of others. I am working to understand my background and the privilege and opportunities I have been given in order to help those around me. I hope that as I grow as an individual through my new experiences, I will hold these new fundamental values at heart.