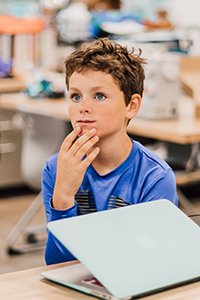 As consumers, we have the option of customizing virtually any purchase–education included. Parents can select from a wide range of school types, each with their own structure and approach. Making the best choice for your child starts with understanding the common characteristics of each kind of school: public and charter, private and independent, and religious and parochial.

“The basic concept of charter schools is that they exercise increased autonomy in return for greater accountability,” says Caffee. “As public schools, charter schools are open to all children, do not require entrance exams, cannot charge tuition, and must participate in state testing and federal accountability programs. The schools draw up their own ‘charter’ which is a set of rules and performance standards that they are held accountable to.”

Kennedy explains that “parochial schools are usually private schools that receive financial support from a particular church or parish, meaning the funding of a parochial school primarily comes from the church, not tuition dollars. They are closely connected to the church itself and do not stand alone.”

Private and Independent Schools
In a separate piece by Kennedy on the difference between private and independent schools, he explains that both are funded by their own resources, and do not receive public funding from the state or federal government. “The distinction between a private school and an independent school has to do with the legal structure of each, how they are governed, and how they are funded,” says Kennedy. “An independent school has a truly independent board of trustees that oversees the school’s operation, while a private school can theoretically be part of another entity, such as a for profit corporation or a not for profit organization such as a church or synagogue. An independent board of trustees often meets several times a year to discuss the school’s overall health, including finances, reputation, improvement, facilities, and other important aspects of the school’s success.”

Says Kennedy, “the administration at an independent school is responsible for carrying out a strategic plan that ensures the school’s on-going success, and reports to the board regularly on progress and how they will address or are addressing any challenges the school may face.” 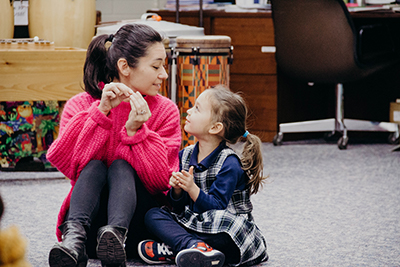 MPA: An Independent, College Prep School
Mounds Park Academy fits the definition of an independent private school, with a Board of Trustees that guides the school’s strategic direction and protects its mission. Critical functions of the Board include hiring, supporting, and evaluating the Head of School; establishing the school’s mission and strategic plan, supporting the school’s development efforts, and safeguarding the school’s financial stability.

When it came to finding the right school fit, MPA parent and trustee Neelu Boddipalli with her husband Rama took a broad approach, exploring private, public, and charter schools. “When private schools rose to the top of our list, and we committed to making a financial investment in our children’s education, the conversation changed,” reflects Neelu. “We focused on comparing the area’s top private schools, including Mounds Park Academy.”

In addition to MPA’s rating as one of the top two best private schools in the seven-county Twin Cities metro area, the Boddipalli family was drawn to MPA’s whole-child approach. “We loved the school’s emphasis on character and skills like critical thinking, communication, collaboration, and creativity,” says Neelu, adding that another deciding factor was the strong parent community at MPA.

“I have never seen such outreach, involvement, and passion coming from a parent community at a school like I did at MPA. I feel like the parents and students are there for each other, which makes us feel welcome and included.” The student community was another school strength, with Neelu noting that “the school does a great job leveraging cross-grade interactions, pairing up kids across grades for different activities. We love that kids are learning from other kids in a way that typically doesn’t happen in traditional schools.”

Request Information
How We Learn
The Admission Process