Providing Our Students Safety And Confidence 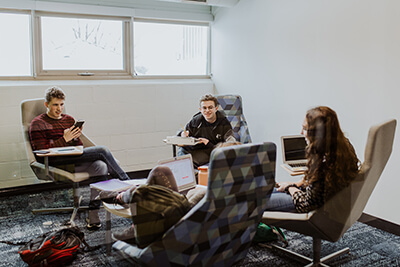 I couldn’t wait to get my driver’s license. The summer I turned 16, I was a counselor at a Boy Scout camp in Michigan. I asked my dad to drive up to camp so I could go to the local office and take the written and behind the wheel tests. I passed both with flying colors and achieved this important milestone of adolescence. Please note, this was not much of an accomplishment as the population of the town where I took the behind the wheel portion of the test was just under 2000. Given how important it was for my friends and me to drive, it has surprised me that more and more students in high school these days don’t have, and are not in a hurry to get, their driver’s license.

There is some very interesting quantitative research conducted on generational differences that explains this anecdotal observation. According to professor of psychology and author Jean M. Twenge, today’s young people, who she calls the iGen, are growing up slower than previous generations. Accounting for 24 percent of the population of the United States, iGen are those born between 1995 and 2012. Examples of this phenomenon are that they are less likely to:

For this generation, adolescence is more likely to be an extension of childhood rather than the beginning of adulthood. Parents are complicit in this to be sure but instead of rebelling, teens are themselves willing to stay children for longer. To be clear, it is not that teens are acting immature, it is that they are postponing the usual activities of adults until later.

If use of drugs and alcohol or engaging in risky sexual behavior is delayed, I’m okay with that. Experimentation, testing boundaries, and engaging in risky behavior are a part of adolescence regardless of when it occurs. Early in my career, I was dean of students at another school where I spent a great deal of time dealing with problems of drug and alcohol usage. That has not been my experience at MPA and recent student surveys confirm it.

Numerous studies have demonstrated what we as educators and parents know from our experience. Factors such as high levels of school engagement, strong feelings of belonging, and significant school affinity can be attributed to lower problems of substance abuse and instances of high-risk behavior. In a 2017 survey, 85 percent of students believe that MPA is a caring community, about the benchmark for independent schools in the Midwest. Eighty four percent say that they are well known by their teachers. In another survey administered in January 2018, 96 percent of Upper School students said their teachers offer help if they are having trouble with something. They also believe that teachers care about their personal needs in addition to their academic needs.

While there are other characteristics of the iGen generation that may give some concern, the reality that teens are physically safer than ever and are making less risky choices than in generations past is comforting. At Mounds Park Academy, we teach the whole child and are committed to the social, emotional, physical, and intellectual growth of our students. Our inclusive and welcoming community, working in concert with the partnership and engagement of parents, provides our students the safety and confidence they need to navigate the difficult and sometimes dangerous challenges of adolescence…whenever it occurs.