Developing A Sense Of Belonging 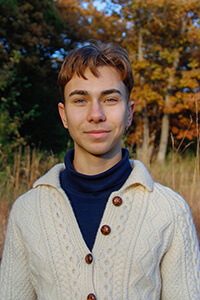 The enemy was drawing closer. Footsteps echoed in the distance, and all I could do was sit and wait. I had my plan, but this was sure to be bloody. This battle, this war if you will, was more than violent. The conflict, between who I objectively was and who I so desperately wanted to become, countered all laws of nature. Any free will was a causality in this war, and my boon was the masculine persona. It was the ambition for which I was desperately fighting.

There have, of course, been battles of a similar nature throughout history. Several years ago, my father was diagnosed with Hashimoto’s Encephalopathy. His body attacked itself until he lost the ability to walk. He lost his balance, memories, and fine motor skills. Only upon the administration of an intravenous steroid did his condition begin to improve. It was his secret weapon. Even then, any sense of normalcy was far in the future. Repairing the damage took time, money, and endless work.

His body was fighting a war against itself. Meanwhile, so was mine. Every moment hosted a cognitive dissonance so forceful that it too was debilitating. It was the seemingly magnetic repulsion between the acceptable way to act and my parasitic queerness, infecting my thoughts, behavior, and reputation. The obvious cure was suppression. I had to choose between two sides of myself, so I kept after my boon, my longing for “normal”, with an energetic determination to eliminate anything in my path.

Although I was fighting hard, surely hard enough to win, I kept facing defeat. Obstacles permeated my battles. They kept revealing themselves, and I felt ostracized among my male friends. I over-analyzed every word, every action, and exacerbated my misery. I found myself in conflict regardless of who was around me. Either I was too immersed in femininity or outcasted by masculinity. In my solitude, peace was absent, and only my ruminations persisted. Perhaps I should surrender to my queerness, I thought. Perhaps I’m too weak to overcome it. If I lost the war within myself, I would have to live forever with my defeat. And yet, victory was unattainable.

I think about myself freshman year and how self-assured I was. How do you convince freshman year me that he’s fighting for the wrong side? How do you tell him his angels are in fact his demons? The truth is, you can’t. You can’t help him because this war is an internal one, and it has to be won from within. Some people are always fighting. Some even feel they’ve achieved victory, but such a concept is irrelevant to those who don’t even know what they’re fighting for.

No intravenous steroid could point me down the path of victory. What was victory? Sometimes you don’t know what you’re looking for until you find it. In a sea of enemies and strangers, I found my classmate Solie – well-liked, seemingly content, and allied with all aspects of herself. Her existence alone gave me a glimpse into life absent from turmoil, and befriending her was a turning point in the war. I began to see queerness as an inherent part of my being. I realized fighting against it was fighting against my own flesh and blood. My assumptions were the source of my cognitive autoimmunity.

So, I began to defend my queerness, and, contrary to my expectations, it pointed me toward what I felt was victory. I let myself go, and the battles became less frequent. When I wasn’t fighting, anxiety and frustration were absent. What replaced these feelings was foreign to me. I first felt it with Solie, a sense of safety, almost. It was peculiar, and I had yet to uncover all the complexities of this feeling. I began to recognize it elsewhere. With teachers and friends, I was confident. I channeled my energy into the world around me and began to realize my passions. Perhaps this feeling was itself synonymous with passion.

When surrounded by music, nothing fills my being more than this feeling, this peace of mind. I feel it while immersed in nature, and I feel it at Mounds Park Academy. The dimensions of this sensation include feeling loved, valued, and known. It’s being at home and feeling safe. You can take a deep breath and let the full extent of yourself shine. No one is there to critique you. They welcome you with open arms. Whether I’m skiing, singing, acting, or simply in class, I can say with confidence that I belong. Belonging is my secret weapon. This is what ended the war.

As I’ve developed a sense of belonging at MPA, I’ve grown to belong within my own skin. The love within our community is unconditional. Our bonds are tight, and we protect those around us. It is because of the belonging I feel within this community that I’ve learned who and what to fight for.

Today, I’m allied with all parts of myself. I’m confident in my queer identity and my values. Because of the support I’ve received in the past fourteen years, I’m prepared for what lies ahead and for what transcends the internal. The enemy waves his white flag. Footsteps echo in the distance, and all I can do is stand ready.