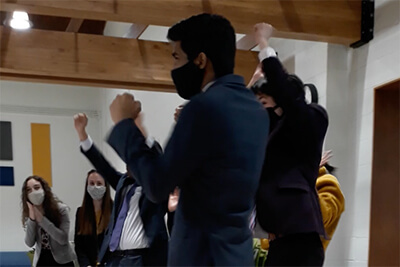 Mounds Park Academy Speech is the Section 4A Champion and sending 15 students to State!