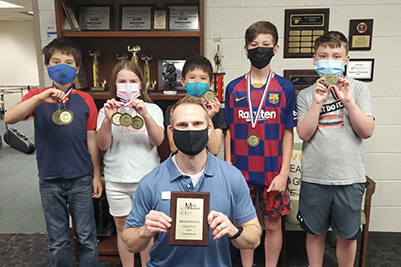 The fifth grade Math Masters team competed at the end of April through a virtual competition. Five fifth grade students made up this team: Emre K., Liam L., Andrew L., Harper S., and Chris T. As a team, they took second place!

There were also some other individual awards as well, including two MPA students finishing in the top five places! Harper S. took fourth place in the Fact Drill round and fifth place as an individual. Emre K. took second place overall as an individual.

Congratulations to these five on their fabulous end to their season! We are so proud!