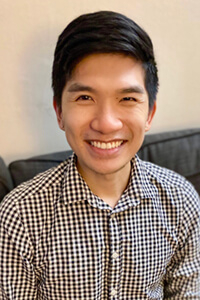 Meet MPA Talks speaker Garseng Wong ’11! Garseng attended MPA from grades 4-12 and went on to study Human Biology at Stanford University. He concentrated on nutrition and chronic disease management and initially thought about working as a primary care physician to continue this interest, but during his time in medical school at NYU, pivoted to psychiatry because the field afforded him more time to get to know patients deeply and personally. He is currently a resident psychiatrist at NYU and hopes to specialize in child-adolescent psychiatry, focusing his work with queer youth and young adults long-term. Get to know more about Garseng before MPA Talks on September 30 with the Q&A below!

What will we learn from your MPA Talk?
In my MPA talk, I would like to compare and contrast mental health as it is portrayed in the media and discussed in the lay public versus our conceptualizations as a profession. I hope to offer a space to discuss and de-stigmatize mental health, and introduce skills and ideas for maintaining mental health as students progress through school and develop as young, independent adults.

What do you believe will be the greatest challenge our current students will face in their lifetimes and how do you see MPA equipping them to face that challenge?
Our society has become extremely polarized to the point where communication between people of opposing ideologies often become shouting matches without any exchange of ideas. This is worsened by the growing sentiment against evidence and the blurring of “truth.” Our students will have to become effective communicators with those who do not share their point of view in order to advance in their lives and careers, especially for those who hope to tackle our nation’s (or world’s) great challenges. I see MPA equipping students for this future by introducing them to big, controversial ideas early and asking them to consider issues from multiple perspectives. END_OF_DOCUMENT_TOKEN_TO_BE_REPLACED

Save The Date For MPA Talks 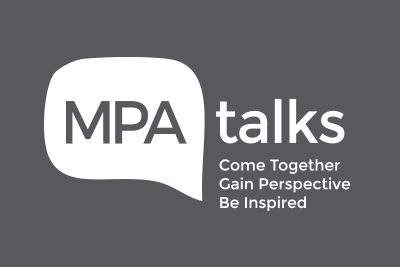 This year’s MPA Talks is going virtual! MPA Community members, specifically alumni will be given the platform to share their stories and knowledge through an MPA Talks series this fall. MPA Talks this year will be a platform devoted to the voices of people of color and take place virtually. Save the date for September 30, 2020 to join us at 6 PM live on Facebook. 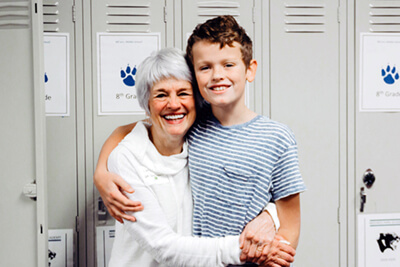 Due to COVID-19, campus is currently closed to outside visitors. However, we have activities planned that will make this week memorable and meaningful. Activities on Monday and Tuesday include letter writing projects to their loved ones, special videos and livestreams throughout the day, and more! Our traditional half-day on Wednesday, October 14 will now be a no classes day. This is a day for you to begin your MEA week break early and to help your students find time to spend with their loved ones! 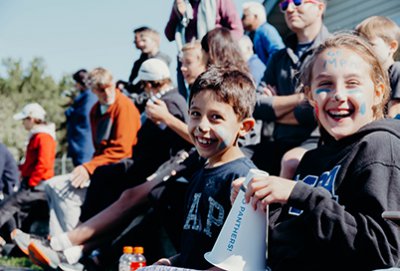 One of the annual traditions our community has enjoyed celebrating is the MPA Homecoming festivities, which had been scheduled for Saturday, October 3, 2020. Due to our ongoing focus on health and safety given the COVID-19 pandemic, as well as limits on social gatherings and visitors on campus, we have made the difficult decision to cancel this year’s activities. We will miss the joy, laughter, and sense of community shared by all during Homecoming, but look forward for new ways in the coming weeks and months for current families and alumni to celebrate our Panther Pride. Look for our chance to celebrate together again during Homecoming 2021!

Many years ago I had my first opportunity to speak at a national conference. The meeting was held in Baltimore and I found out that my favorite high school teacher, Br. Jim, lived nearby and was going to be in attendance. I was able to track down his email address and wrote to him, sharing that he was my favorite teacher and the reason I decided to become a teacher. I also asked if he would like to get together for lunch while I was in town. Br. Jim was principal of my high school and had stepped into teaching a ninth grade class at the last minute. He was an amazing storyteller had a way of teaching that made each student feel that he was talking directly and personally to them. Br. Jim was gentle, kind, and brilliant, too. He never talked down to us and found ways to bring all of us along, inspiring us to higher levels of critical thinking. After that year, he moved on to a new job and a new city yet I never forgot him.

Br. Jim accepted my invitation and we met for lunch. As he entered the restaurant, it was clear he didn’t know who I was. Sheepishly, he admitted as much and said he had been trying for weeks to remember me, even pulling out an old yearbook to jog his memory. He said he was embarrassed and began to apologize profusely. I stopped him and that I was not at all offended. To me, what was important was not that he would remember me—it was that I remembered him. He had hundreds if not thousands of students over his career. But for me, there was only one Br. Jim.

All teachers aspire to having such an impact on our students. Of course, teachers strive to be their best, to employ the very best pedagogy, techniques and strategies, and excel in their respective academic area. However, and more importantly, they strive to touch the hearts of their students. Teaching as a career is much more than a job or a transaction between employer and employee. It is transformational. I can safely say that our retirees this year have been transformational in the lives of their students and in the history of the school. END_OF_DOCUMENT_TOKEN_TO_BE_REPLACED 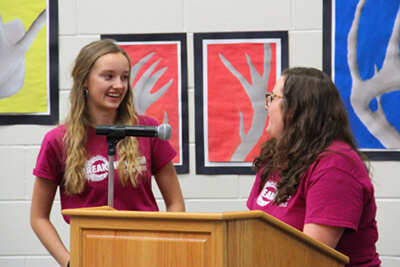 Are you interested in sharing your story with the MPA Community? MPA Talks is an opportunity to come together, gain perspective and be inspired. We are looking for alumni who will join fellow community members to share impactful stories virtually for our community. If you are interested in speaking for the event or would like to recommend a speaker please contact the Development Office at alumni@moundsparkacademy.org. 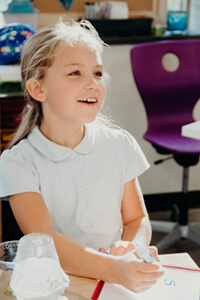 Thanks to the generosity of our community, MPA would like to support you and your family if you are facing a financial hardship during the COVID-19 pandemic. The MPA Community Care Fund has flexible dollars available to help you if you need it, including financial assistance, technology needs, emergency resources, helping your graduating senior with expenses for college in the fall, among others.

Please fill out this confidential Request for Assistance form or contact Jennifer Rogers, director of development and community engagement at jrogers@moundsparkacademy.org.

Give From Home Week 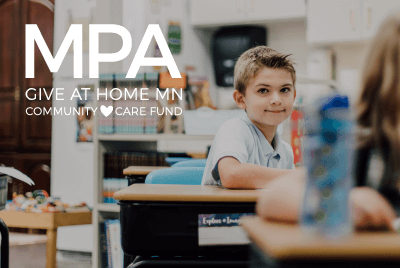 As we continue to respond to the COVID-19 pandemic, we’re facing the most unprecedented economic challenge of our time. In response, May 1-8 was announced as #GiveFromHome week in Minnesota. This effort will help nonprofit and educational organizations like Mounds Park Academy in very important ways.

Your gift will support the MPA Community Care Fund to ensure every student and staff member has what they need to dream big and do right. Hundreds of MPA community members have already given and we are so thankful for the ways our community has risen to this challenge and supported one another. On behalf of our students and staff, if you’ve already given, we thank you. Let’s meet unprecedented times with unprecedented action to provide our students, families, and faculty and staff with the resources they need.

Now, Next, And Beyond At MPA 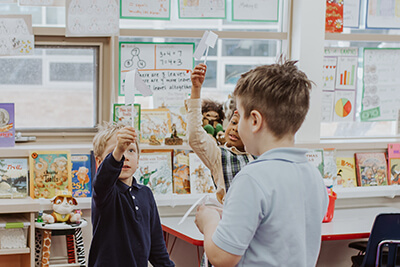 My thinking these days on navigating this crisis has been informed by one of my favorite bloggers, Pascal Finette. In his recent post, he wrote about a global consulting firm that looks at the world in three time dimensions: Now, Next and Beyond. The world, observes Finette, has changed dramatically. “In the world BC (Before COVID-19) Next was one to two years out, and the Beyond was somewhere past the five-year mark. Today, Now and Next are happening in parallel and at the same time, while Beyond is AC (After COVID-19).” AC, wrote Pascal, “requires a very different view of the world and leaders to show up in very different ways.” I would like to use this framework to share with you how MPA is successfully navigating this crisis and planning for the future.

Now
During the last six weeks, we’ve made an incredible shift to online learning, ensuring the continuity of learning for our children. We have done so while holding fast to our whole child philosophy and our commitment to rigor with purpose. As I said in the beginning, “first different, then better.” Modeling the resiliency we inspire in our students, we have been engaged in an ongoing process of designing, implementing, assessing, and adapting teaching and learning to meet the needs of our students in our new reality, even as the crisis itself evolves.

Plans are in place and unfolding to ensure success in the continuity of operations, admission and enrollment, and the fiscal health of the school. I am confident that we will weather the storm.

END_OF_DOCUMENT_TOKEN_TO_BE_REPLACED

Supporting The Class Of 2020 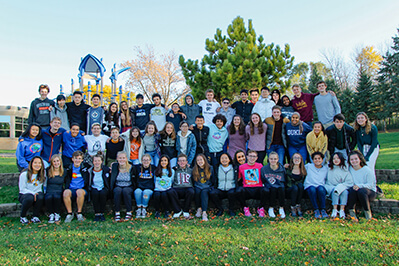 Members of the MPA Class of 2020 are all in our hearts and minds as we approach so many milestones that they should be celebrating in person but are sacrificing in order to keep our local community members safe from COVID-19. One of the joys of graduation is hosting a graduation party for families and friends, whose contributions help graduates gather the necessary supplies for their journey to college in the fall. Since these parties and gatherings may no longer be possible given the realities we’re facing, MPA student representatives had a great idea for a meaningful way the rest of the MPA community can support them during this time.

Please consider a donation that is right for you to help us provide resources to seniors and their families through the Community Care Fund to purchase any items that will be needed for their journeys to college campuses around the country this fall. Help us ensure every MPA graduating senior has access to the funds they need. Consider this your graduation gift to the amazing MPA Class of 2020! You can even make a gift in honor of a student or graduating senior as a special way to commemorate this incredible class. Make a donation today.